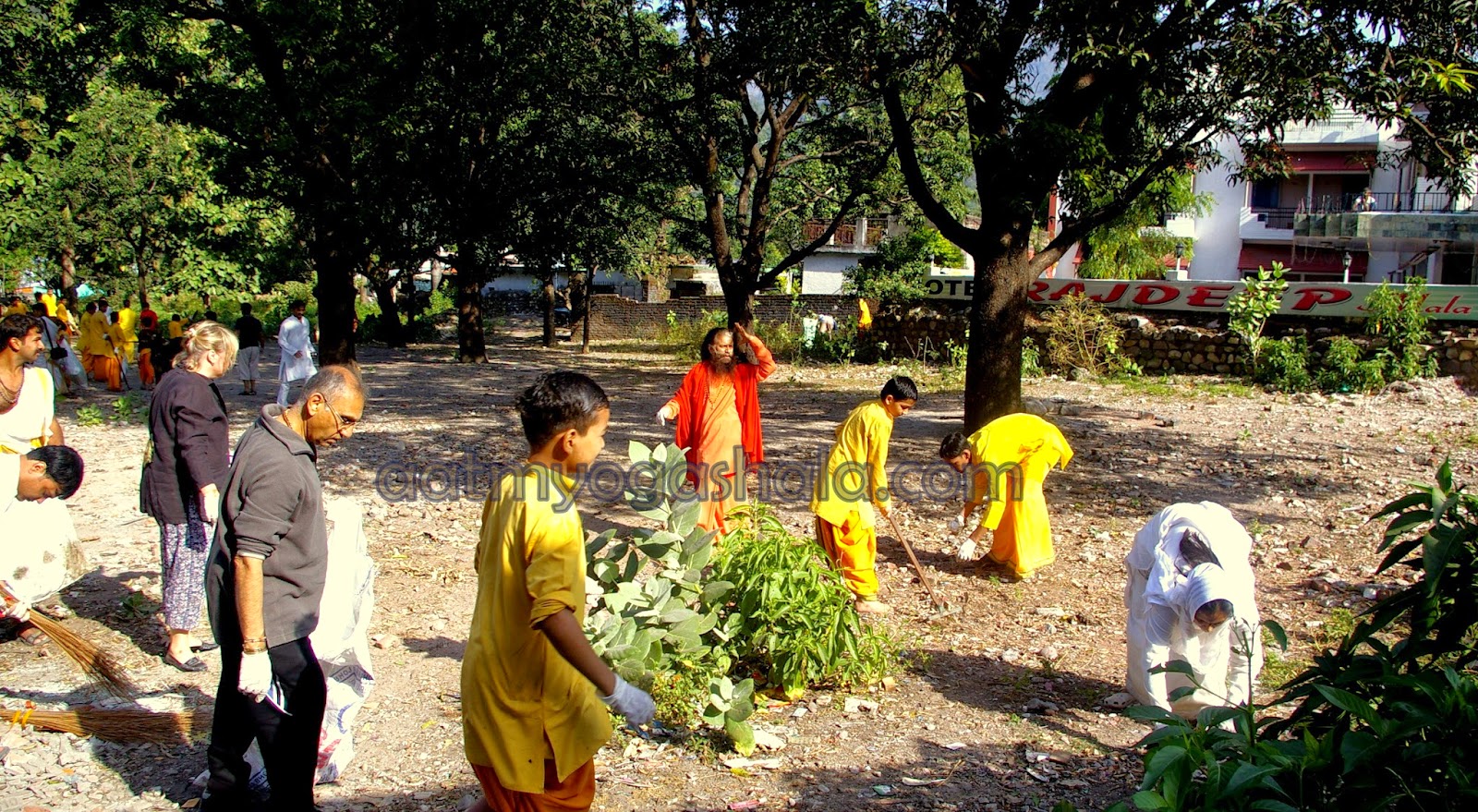 Karma Yoga is consecration of all actions and their fruits unto the Lord. Karma Yoga is performance of actions dwelling in union with the Divine, removing attachment and remaining balanced ever in success and failure.
Karma Yoga is selfless service unto humanity. Karma Yoga is the Yoga of action which purifies the heart and prepares the Antahkarana (the heart and the mind) for the reception of Divine Light or attainment if Knowledge of the Self. The important point is that you will have to serve humanity without any attachment or egoism.
Action of some kind or the other is unavoidable. You cannot keep quiet without doing anything. What binds you to phenomenal existence or Samsara is not the action but the idea of doership and enjoyership. Karma binds when it is done with a selfish motive, with the expectation of fruits. But when action is done without the expectation of fruits, it is liberating. If you act as an instrument in the hands of the Lord, as a participant in the cosmic activity of Nature, without expectation of fruits, that Karma will not bind you. Karma, then becomes Karma Yoga. Work unselfishly. Feel that you are only an instrument and that the Lord is working through you. Surrender the actions and their fruits to the Lord. You will be freed from the bonds of Karma and enjoy peace.
The practice of Karma Yoga prepares the aspirant for the reception of knowledge of the Self. It makes him a proper Adhikari (aspirant) for the study of Vedanta. Ignorant people jump at once to Jnana Yoga, without first having a preliminary training in Karma Yoga. That is the reason why they fail miserably to realize the Truth. Various impurities lurk in the fourfold mind (Antahkarana) The mind is filled with likes and dislikes, jealousy, etc. They only talk of Brahman. They indulge in all sorts of useless controversies, vain debates and dry, endless discussions. Their philosophy is only on their lips. In other words, they are lip-Vedantins. What is really wanted is practical Vedanta through ceaseless, selfless service. Selfless service is the only way to remove the impurities lurking in the mind.
Two things are indispensably requisite in the practice of Karma Yoga. The Karma Yogi should have non-attachment to the fruits of actions. He will have to dedicate his actions at the altar of God with the feeling of Ishvararpana. Non-attachment brings freedom from sorrow and fear. Non-attachment makes a man absolutely bold and fearless. When he dedicates his actions at the Lotus Feet of the Lord, he develops devotion to God and approaches Him nearer and nearer. He gradually feels that God works directly through his Indriyas or instruments. He feels no strain or burden in discharge of his works now. He is quite at ease. The heavy load which he felt previously on account of false notion has vanished out of sight now.

Posted by Amit_yogi_rishikesh at 11:51 PM