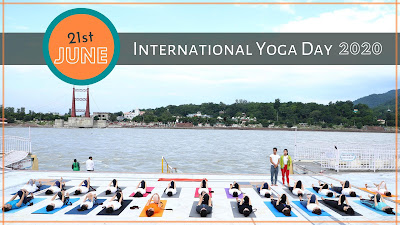 As we all are aware of the fact that International Yoga Day is celebrated on June 21st every year. But do you know that the idea of celebrating the International Day of Yoga worldwide was proposed by India’s current Prime Minister, Shri Narendra Modi?

He proposed this idea of celebrating a day dedicated to yoga, its benefits, and the hardworking yogis during his speech at the UN General Assembly on 27th September 2014. After that on 14th October 2014, the UN general assembly draft a resolution entitles “International Day of Yoga“. The proposal of celebrating the day of yoga was approved by 177 countries out of 193 members. The International Day of Yoga is truly a gift to the world of yogis from India. Also in the year 2015, a 10 rupees coin that symbolizes International Yoga Day was issued by the Reserve Bank of India.

On June 21st, 2015, the world observed the first International Day of Yoga that helps in putting the benefits and needs of Yoga in front of the whole world. In India under the supervision of the Ministry of AYUSH, around 35,985 yoga lovers, our Honorable Prime Minister Modi along with the dignities from 84 nations performed yoga at Rajpath in New Delhi. They performed yoga for about 35 minutes that includes the practice of 21 Yoga postures or Yoga Asana. Apart from the capital city of India, the day was commemorate with enthusiasm in each and every corner of the world.

Reason to Choose 21st June for International Day of Yoga


Yoga is an art of health, wellness, and rejuvenation. It is the part of Indian lifestyle, culture, and civilization from the pre-Vedic era. Apart from its known benefits on the functioning of the body, yoga is also it helps in the integration of mind and soul and brings peace to life. As today’s world is full of hectic and polluted lifestyle, so the person is always in search of the finest way to attain stability and peace inside our body. So International Yoga Day is celebrated to make the whole world aware about the utmost benefits of yoga. This day will help in the flourishing of this finest art of health and wellness to each and every corner of the world. People can be aware of the benefits that they can obtain from yoga if they regularly practice it.

Yoga is filled with many medical benefits and that is with no side effects. Yoga can help in curing diseases such as chronic pain, blood pressure, diabetes, and physical injuries in the most organic way. Also, it is considered to be the safest way to attain a peaceful state of mind and soul. As day by day, our environment is getting polluted, so the art of yoga can help in dealing with the negative effects of the polluted environment and makes us fit and fresh. Thus the need for celebrating International Yoga Day is most essential. The International Day of Yoga helps in spreading awareness about the effects and importance of yoga on people’s health.

Several listed benefits of International Yoga Day are as follows:-

The theme of International Yoga Day 2020


As the whole world nowadays are suffering from deadly Coronavirus and most of the part of the world are having lockdowns, so this year the theme of International Yoga Day is “Yoga at Home and Yoga with Family“. So, the people from, every corner of the world focused on the immunity booster yoga from their homes.

Posted by aatmyogashala at 11:59 AM